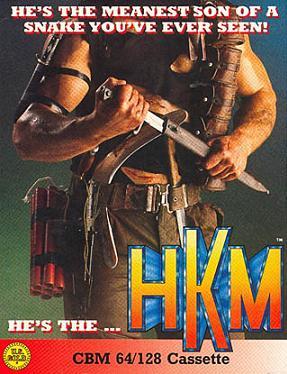 Kwon is strong!note Kwon looks nothing like this in-game.
Advertisement:

Human Killing Machine is an unofficial sequel to Street Fighter created by Tiertex and published on the ZX Spectrum, Commodore 64, Amstrad CPC, Commodore Amiga, and Atari ST by U.S. Gold. Tiertex actually pitched this game as a sequel to Street Fighter, but Capcom was already working on an actual sequel themselves (Final Fight, or Street Fighter '89 as it was called at the time), and so they declined. You play as Kwon, a boxer from Korea, who goes all around the world fighting various people.