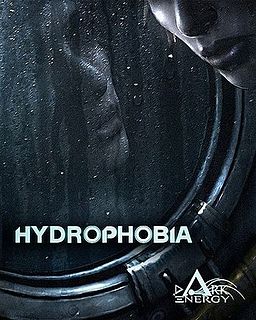 Rejoice with your survival.
"SAVE THE WORLD. KILL YOURSELF."
Advertisement:

Hydrophobia is an Episodic Xbox Live Arcade Exclusive title made by Dark Energy Digital. Set 20 Minutes in the Future, it follows the story of Kate Wilson, a young woman who lives and works as an engineer on a massive ship called Queen of the World, which acts as a floating city. During the celebration for the ship's 10-year anniversary, a group of terrorists called the Malthusians attack the ship, taking control of the ship's engines and killing the workers. The attack also has the side-effect of flooding many of the compartments in the ship.

Kate (with the help of Scoot via radio) must make it off A-deck alive while fighting off the armed terrorists and saving her workmates.

Touted as an example of "episodic gaming" ($12 for three levels with great graphics plus the Challenge Rooms), Hydrophobia is actually an experiment in taking Wreaking Havok up to eleven. The theme is water—water flowing, flooding and drowning. Your initial weapon is a "sonic pistol"—a stun gun granted surprising properties in the flooding environments of the ship's lower decks. It has infinite ammo, and will stun mooks for several seconds, knock small objects around and shatter glass. However, it also has a Charged Attack that causes an impressive, albeit small explosion. These make headshots lethal—but fired into water, it will send loose objects—including mooks— flying. Lethal ammo is available, but is actually unnecessary, as every environment has No OSHA Compliance and thereby things that will kill mooks if fired upon.

The game was hyped massively before release, being touted as having production values of a full-priced commercially released game. The critics (metaphorically) crucified it upon release. In response, the developers released a patch (known as Hydrophobia Pure) that fixed most of the issues (except the voice acting, which understandably you can't simply "tweak" like gameplay issues), and dropped the price by 400 MS points.

In another response, the developers released Hydrophobia Prophecy, a remake of the game, on Steam and the Play Station Network. It took Hydrophobia Pure and improved it even further in just about every area: visuals, level design, narrative, gameplay, audio, etc. (a full list can be found here

The story is expanded on, as is Kate's "waterbending'— the Malthusians attacked the Queen of the World in order to seize Nanomachines intended to purify water on a massive scale (which would produce enough resources to make their philosophy obsolete), intending to turn them into a Depopulation Bomb. Kate interrupts them in the act, resulting in a Freak Lab Accident that eventually allows her to manipulate water with a gesture.

Plans for a sequel were made, but with the closure of Dark Energy Digital, it currently seems unlikely.