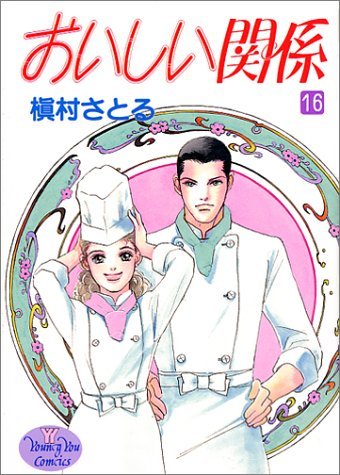 Momoe Fujiwara is a 20-year-old girl who has never suffered any kind of shortage in her life. She's always comfortably lived as an ojou, enjoying rich food with her parents. However, that happiness is cut short when her dad dies of heart failure, and all of their money goes towards his debts. Momoe is at a loss of what to do with her life... until she encounters by chance the small French restaurant Petit Lapin, and tastes the delicious food they make there. She decides to become a chef, even if she hasn't cooked in her life and even if the chef is the handsome but extremely rude Keiji Oda.

Oishii Kankei (lit Delicious Relationship) is a manga by Satoru Makimura. This josei manga doesn't only focus on romance like most of fellow works of the genre, but on the dynamic between the different chefs and restaurants Momoe gets involved with, and takes special attention with the issue of how a woman can survive in a male-dominated market such as foreign cuisine in Japan. Thus, it can be enjoyed by many people outside its target genre.

The manga was serialized in the Young You magazine from 1993 to 1999, and later compiled in 16 volumes. It was adapted to live-drama twice: one is the Japanese 1996 version, and the other is the Taiwanese 2007 version.

This manga series provides examples of: