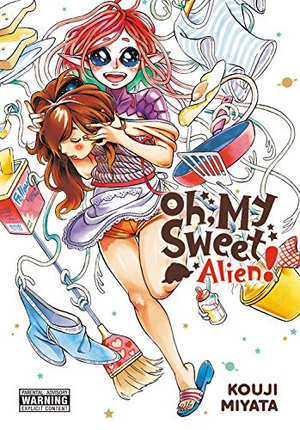 Oh, My Sweet Alien! (Yome ga Kore na Mon de) is a Science Fiction Romantic Comedy manga by Koji Miyata, which was serialized sporadically in the seinen magazine Fellows! from 2009 to 2015. It is licensed in English by Yen Press, who published its two volumes in an omnibus.
Advertisement:

The story is about an average Japanese Salaryman named Nobuo Makabe and his homemaker wife, who just so happens to be an extraterrestrial.