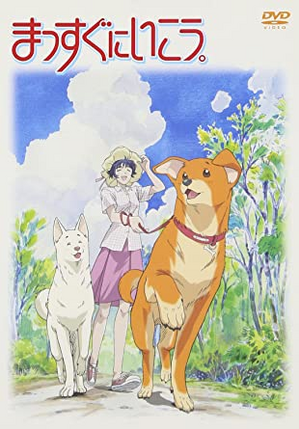 Mametarou lives a peaceful life in suburban Japan. He likes going for walks, hanging out with his girlfriend, playing with his friends, and being with his master. For you see, Mametarou is a dog.
Advertisement:

Massugu ni Ikou is a manga about dogs from the POV of dogs. It stars a 3 year old cross-breed named Mametarou who lives with his teenage owner, Ikuko. Massugu ni Ikou was later adapted into a 9-episode anime in 2003.

Hanako is the kind of dog who has a VERY short attention span.

Hanako is the kind of dog who has a VERY short attention span.