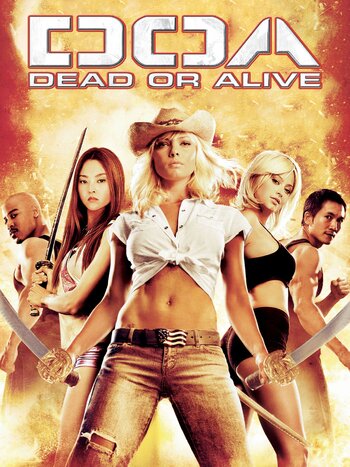 The 2006 (very loose) Live-Action Adaptation of the Dead or Alive video game series.

Various fighters around the world are invited to take part in the annual Dead or Alive tournament, which has just been taken over one Victor Donovan (Eric Roberts) after the death of its former owner, Fame Douglas. A prize of ten million dollars is promised for the winner, but in the background, there are bigger sums of money at the play, and the competitor's lives are at peril.