Video Game / Drake of the 99 Dragons 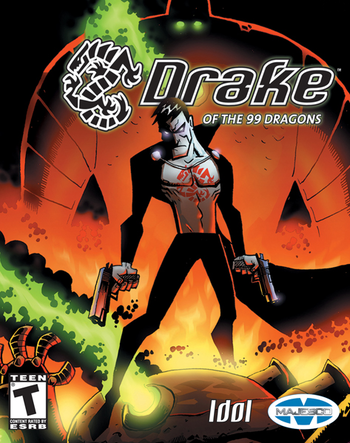 Drake of the 99 Dragons is a third-person shooter for Xbox and PC, developed by the Swedish studio Idol FX and published by Majesco Entertainment in 2003. It stars an undead assassin named Drake, the last surviving member of the Dragon clan, on his quest to restore the Dragons' honor by eliminating the rival clan that killed them all and stole an ancient treasure of theirs.

In 2018 the game actually managed to see a re-release on Steam.

Drake of the 99 Dragons contains examples of the following tropes: