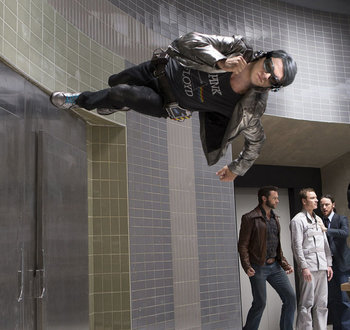 But in this trope, they just run up it! They either have the superhuman strength or speed or ability to simply run up a smooth, flat, vertical surface at high speeds, even if logically they shouldn't be able to.

See Driving Up a Wall for the vehicular equivalent.