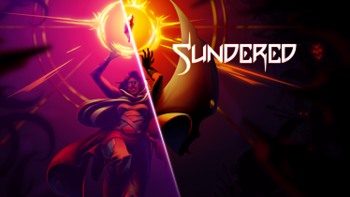 Endless horrors surround me...they hunger for my humanity. Will I resist, or embrace?

Sundered is a Metroidvania with Roguelike elements developed by Thunder Lotus Games, the creators of Jotun.

A female explorer named Eshe travels to an underground research facility, left over from a ruthless but scientifically advanced faction known as The Valkyries. Upon exploring, she encounters a sinister talking crystal called the Shining Trapezohedron. It possesses her, becoming a weapon, ushering her deeper into the facilities and tempting her to seek more power through the mysteries of the caverns below. She must make a choice to resist it, or embrace it.