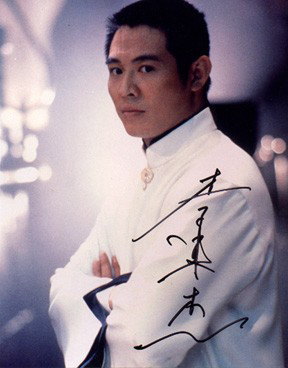 In 1980, at a Wushu Martial Arts Tournament, a young, rosy-faced, talented 17-year old youngster won the championship role, and quickly became a major media star. Following his success, everybody wants to hire him, seeing the potential in this young man, but eventually it's a Chinese film studio, Chung Yuen Motion Picture Company, who convinced this talented young boy to take a stab in acting instead.

The young boy is Jet Li. The film was the first installment of The Shaolin Temple, which quickly became one of China's biggest blockbusters of all time with over 300 million tickets sold, spawning two sequels, and introduce to the world the new martial arts legend.

Wushu master and heir to Bruce Lee's crown as king of kung fu movies, Jet Li (real name Li Lianjie (李连杰), born April 26, 1963 in Beijing, China) spent some years as one of the world's most well-known exponents of Wire Fu, before making a move to more brutal fighting styles after heading west to try his luck in Hollywood.