Raiders of the Lost Parody 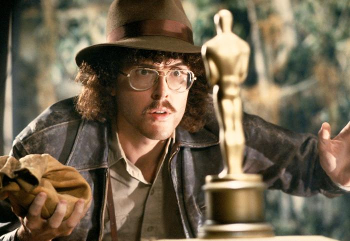 Again we see there is nothing you can possess which I cannot parody.
Advertisement:

Screenwriters tend to have a certain pool of references they call upon when they need a parody of certain genres of movies: science-fiction (May the Farce Be with You and Where No Parody Has Gone Before for Star Wars and Star Trek), fantasy (The Lord of the Rings and Harry Potter), and mystery and spy adventure (particularly James Bond).

One such parody sprang up among screenwriters when movie titans Steven Spielberg and George Lucas teamed up to create the Indiana Jones franchise. Specifically Raiders of the Lost Ark, the most easily recognizable and famous film of the franchise and the trope namer, has since become a stock parody due to its ubiquity amongst pop culture. The common elements that a majority of these parodies contain include:

A subtrope of Stock Parodies. Can lead to Parody Displacement due to the easily recognizable traits shared with both the film and the numerous parodies.