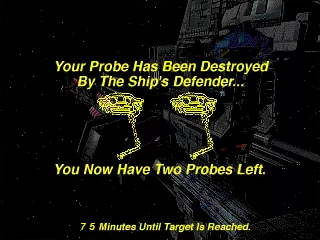 "Like every self-respecting cat, Sylvester starts the game with nine lives."
— The manual for Sylvester and Tweety: Cagey Capers for Sega Genesis
Advertisement:

In some games, Death Is a Slap on the Wrist. Occasionally, the game will go out of its way to explain exactly why this is the case. The most common Handwaves are:

It should be noted that this isn't necessarily a good thing; players are so used to having extra lives or continues that the attempted explanation may only serve to emphasize an artificial scenario they'd otherwise have been perfectly happy ignoring by pretending "that didn't happen" and trying again. This is particularly true when the explanation is prone to Fridge Logic or unintended Fridge Horror.

A form of Gameplay and Story Integration. Compare Justified Save Point.