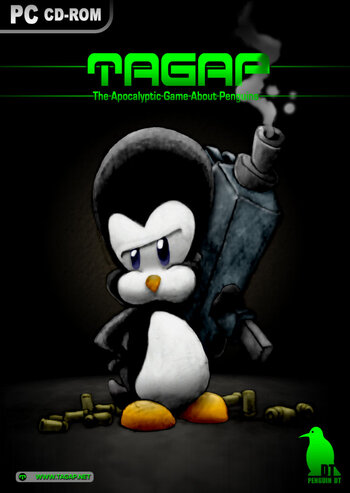 Everything's Better with Penguins. Moreso if they're packing heat.
Advertisement:

TAGAP (The Apocalyptic Game About Penguins) is a series of side-scrolling freeware Action Games in the style of Abuse made by Penguin DT, an indie game dev studio. As the name suggests, the series is about penguins and apocalyptic scenarios involving More Dakka, Stuff Blowing Up, and Fantastic Drugs.

So far, four games have been released: