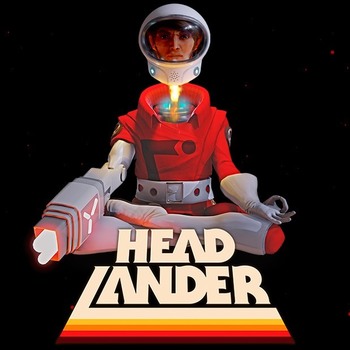 It is the future. Well, it's what people living in the 1970's thought the future would be like. You wake up on an abandoned spaceship, having just come out of cryosleep. Only problem is, you're just a head stuck in a space helmet. Fortunately the helmet is equipped with rockets allowing you to move around and attach to various robot bodies. Unfortunately the AI known as Methuselah has declared you an aberration and is sending an army of robots called Shepherds after you.
Advertisement:

Released in 2016 by Double Fine, Headlander is a Metroidvania style game available for download from Steam.