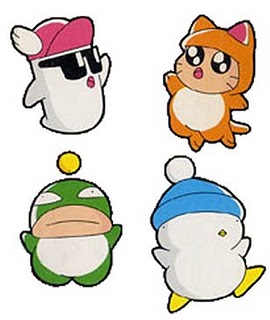 Hebereke is a cult game series made by Sunsoft from 1991 to 2001. The titular character, a penguin with a detachable head, was Sunsoft's mascot for the 1990s. The only game in the series to be exported outside of Japan was Ufouria. Nearly all the titles in the series were vastly different, being sold more on the marketing power of its appealingly strange, Sanrio-esque characters than unifying gameplay hooks. The franchise overall was very similar to the longer-running Kirby series.

Recurring members of the cast included: