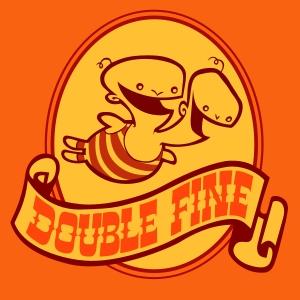 Double Fine Productions is a San Francisco-based game developer founded by Tim Schafer of LucasArts in July 2000. Founding members include Ron Gilbert of Monkey Island, and others who had worked on Grim Fandango. The company is famous for producing humourous, quirky, character-driven games, most famously their first, the critically-acclaimed but poorly-selling Psychonauts.

The company's next game was Brütal Legend, which had a troubled publishing history. Though expecting to develop a sequel, publisher Electronic Arts showed no interest in funding it, and for the first time, Double Fine faced the prospect of lay-offs in order to remain afloat. The company was saved by prototypes staff members developed during the "Amnesia Fortnight" in the middle of Brütal Legend's development, a two-week period in which employees halted all work on the company's current projects to work on game concepts proposed by employees, and inspired by similar breaks taken by Hong Kong film maker Wong Kar-wai. The resulting products, small but full games in their own right, were showed to various publishers and became Costume Quest, Stacking, Iron Brigade, and Sesame Street: Once Upon a Monster. Double Fine also received financial support by "fun investor" Dracogen,

who funded the Mac port of Stacking, the PC port of Costume Quest, and the company's first iOS and free-to-play game Middle Manager of Justice.

Double Fine now focuses on developing smaller titles instead of more expansive games, including Broken Age, a 2D point-and-click adventure game funded through Kickstarternote as "Double Fine Adventure" and documented by 2 Player Productions, side-scrolling adventure platformer The Cave by Ron Gilbert, and four Amnesia Fortnight prototypes voted for and partially funded by the public through the Humble Indie Bundle.

At E3 2019, it was announced that Double Fine was purchased by Microsoft, becoming the newest addition to the Xbox Game Studios family.

"Double Fine" refers to the double fine zone on the Marin side of the Golden Gate Bridge.note The incorrectly labeled San Francisco level of Call of Duty: Advanced Warfare is set on this zone. According to Tim Schafer he "ingeniously selected the name Double Fine so that when people drove over the bridge they would see the name 'Double Fine' and think, not just that [the company] had purchased ad space on what must be the most expensive billboard in California, but that [they] owned the city and all of San Francisco had been declared to be a 'Double Fine Zone'." Their mascot is affectionately referred to by staff members as the "Double-Headed Baby" or "DHB".