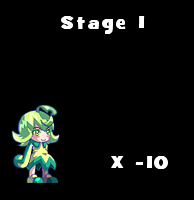 Yes, the game lets you go into negative lives and keep playing. Be glad it does.
Advertisement:

In the beginning, there were Nintendo Hard games which you had to finish in a single sitting. To make these games more fair, creators implemented "lives" so that you wouldn't have to start all the way at the beginning of the game if you failed — only when you ran out of lives. It was a good idea, and it added an extra element of strategy to the game as it made characters collect these extra lives along the way to save them up for the harder levels near the end of the game.

Then came game saving, a feature that allowed the player to quit and start again later more or less where they left off. The Legend of Zelda and Metroid were among the first to do this, and note that they had no "lives", since the concept of having lives and the concept of saving are more or less contradictory. If you can save the game, it means the game can't force you to start at the beginning when you run out of lives, unless the designers are cruel enough to erase your save file. The farthest back it can take you is the last place you saved, reducing the ability of a Game Over to be any more damaging to the player's progress than any other death.

But some developers didn't care. They liked "lives" and wanted to keep them despite having save features. People expected them to be there. Hence Meaningless Lives.

This can be caused by the following, but not always:

Whatever the case, you never look at your life counter simply because you just don't care.

A Sub-Trope of Video-Game Lives. Contrast Continuing is Painful. May operate with Power-Up Letdown, in games that think lives are a bigger deal than they actually are.

Somebody who takes the trope name too literally is a Straw Nihilist.