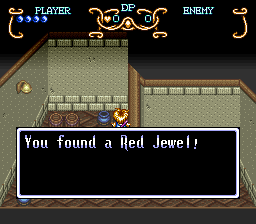 Hooray! Just 49 to go.
"But if you wanna find everything, get yourself a guide and a sandwich, because you're in for a long haul."
— TOM 3.0, in his review of the Wind Waker on Toonami.
Advertisement:

Everyone knows that no hero can resist collecting things in video games. The Collection Sidequest can be the ultimate time waster in a game, if the player ends up collecting completely useless items for the sake of owning them, often for 100% Completion. But once in a while, they give rewards that make the effort worth it.

Many games (especially RPGs) have some kind of optional collectible hidden throughout the game, usually to have no purpose but to be required for 100% Completion. But there are frequently rewards for getting certain numbers of them, and collecting them all often gives you a powerful (but frequently unneeded) item, or unlocks a super-hard Bonus Boss.

At least one is likely to be Permanently Missable. Recollection Sidequest is a subtrope where the collectables are flashbacks of an Amnesiac Hero's backstory.

Earned The NO LIFE Trophy

While questing, Gumball ends up stumbling across the greatest weakness for gamers everywhere: the 100% Completion.

Earned The NO LIFE Trophy

While questing, Gumball ends up stumbling across the greatest weakness for gamers everywhere: the 100% Completion.