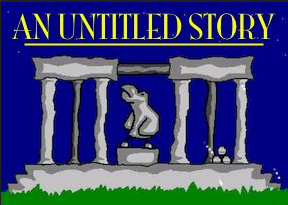 A freeware Metroidvania game chronicling the travels of an adventurous egg. Download it here

As the player progresses through the game, multiple separate paths appear, new powerups are found, bosses are conquered, and the plot slowly develops around your travels.

The game has a uniquely cartoony appearance that, though simple, is still endearing and convincing. With a huge number of different environments, many of which are wholly optional, a healthy sense of exploration is definitely rewarded. Oh, and the game is really hard at times, with some jumping segments being pull-your-hair-out difficult.

Compare to Craz'd!, of similar gameplay, genre, and aesthetic.