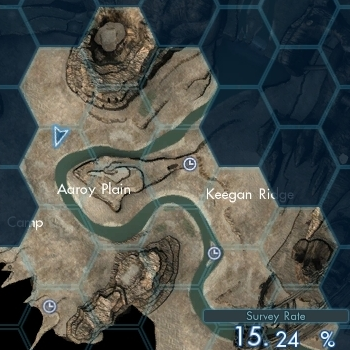 A type of objective within a game that involves completing a map of some kind. Typically, the game will have one or multiple minimaps with invisible, unexplored areas that will fill in as they get further explored. Once the map is 100% complete, the player might receive some sort of reward, although it may only count towards their overall mapping or game completion percentage.

On larger maps or games where the map only fills in small areas surrounding the player, this can quickly turn into a Last Lousy Point for each and every map, especially if the visual representation for the explored area is none too precise.

Even with no reward, maps that fill themselves in may show areas the player hasn't explored yet or missed for some reason, making them useful for finding or keeping track of potential items and treasure.

See also Crow's Nest Cartography, which may be employed as a related mechanic.