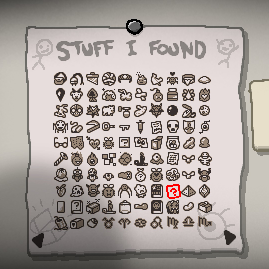 This is the bane of all players seeking 100% Completion.

While most, if not all, of the other points that count toward completion are relatively straightforward or easy to get, there always seems to be one (or more) that just, well, isn't. This could be because the puzzle is just far harder than the other puzzles in the game (and possibly harder than the developers intended). Or it could be because it's extremely difficult, time-consuming, frustrating, or all three to do. Or it may be really well hidden or very easily missed and possibly Permanently Missable if one fails to get to it in time. Or it could be some combination of all of those. The last point doesn't even need to be actually harder than the other points in an absolute sense - if points are achieved randomly and independently, then from the nature of the probability the last point is expected to take twice as long to achieve as the second to last one because the second to last one could have been either of the last two, while the last one has to be whatever remains.

This is usually done to give a player a reason to come back and keep playing.

See also Missing Secret, which is when players are inadvertently given the impression there's a Last Lousy Point that doesn't actually exist; Completion Meter, what's telling you that something is missing; Replay Value, which is what this is (trying to) give; and Guide Dang It!, which is what a player may have to resort to to get that last point. Brother to That One Achievement and That One Sidequest.