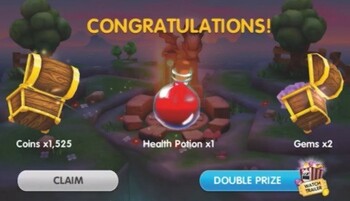 Here is your reward!
Advertisement:

An index of tropes relating to reward and punishment in video games. Also covers bonuses of various kinds.