You Break It, You Profit 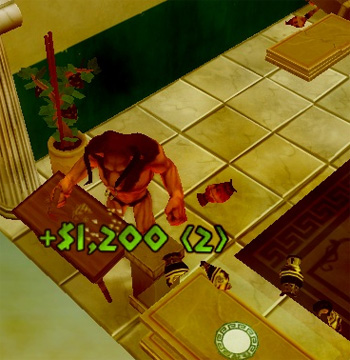 A subtrope of Rewarding Vandalism, where when you break something in a Video Game you receive a sum of money equal to the total cost of the damage you've caused. May take the form of a "mayhem mission" for games with a Sociopathic Hero or Villain Protagonist.