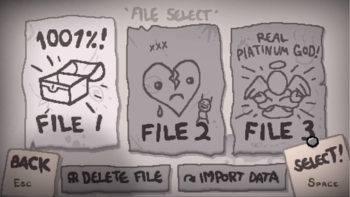 When 100% Completion and Rank Inflation collide. There are a number of video games that track the player's completion percentage, and in some of these games it's possible to go beyond 100%. This could be for a number of reasons:

May be a consequence of a Fractional Winning Condition, where the game tells you you've obtained 100% of the necessary stuff when there is, in fact, more of it to collect.