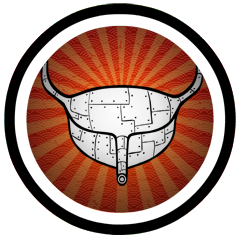 Beware of rusting.
"There's no pause feature. No, it's not an oversight. Does your life have a pause control?"
— The instruction manual for Penn and Teller's Smoke and Mirrors, in reference to Desert Bus
Advertisement:

There are many types of games out there. Some are designed to be picked up and played for minutes at a time. Others spread out their Save Points in the interest of providing a a greater challenge. These games can use Save-Game Limits to prevent sessions from becoming too long or cumbersome while still preserving a sense of danger.

Without Save Game Limits, the only way to take a break from the game in-between save points is to pause the game. It's not the perfect solution, as the system has to keep running during the break, but it works.

There are a few games that have challenges where the simple act of pausing is forbidden, and you need to play for a considerable length of time. And you thought TV Tropes would ruin your life.

With some modern systems, the pause feature is hard-coded into the system, such as with the Wii (Press the home button), the Playstation Vita (press the PS button), and the DS (Close the lid), but it's possible to deny a prize when this feature is used (as is the case with the Trope Namer).

Arcade Games inherently don't have any sort of pausing feature, due to being designed to be played in public; a pause feature for these games means that one player could just hog the cabinet all day and prevent other players from putting in money to play. The player is expected to stay the entire time if they intend to complete the game, which, depending on the type of game, can take anywhere between a few minutes to an hour. And gods help you if the game's length is dictated solely by how long the player can stave off a game over, especially if you're aiming for a world-class score.

Moral Guardians may be shocked at the long list below, but this is actually a rare trope in popular modern games. Most of the examples are for very specific situations or obscure games.

Not related to Bottomless Bladder.

Compare Marathon Level and Marathon Boss. Anti-Rage Quitting, though well-intentioned, may bleed into this depending on how long the game takes to complete a round or match. Contrast Anti Poop-Socking, where the game implements features to keep people from doing Just One More Level! too much. Note that pausing has to be disabled, or breaks away from the game have to be met with a penalty, for a game to count as this trope. Checkpoint Starvation is its own thing.

If you don't have one and you try your hand at these sorts of games anyway, be prepared for a Potty Emergency or a Potty Failure.

Quit your bellyaching! It's 10 more miles til the next rest stop!

Bart references this trope by saying that he will have to wear a diaper for a gaming marathon.

Bart references this trope by saying that he will have to wear a diaper for a gaming marathon.