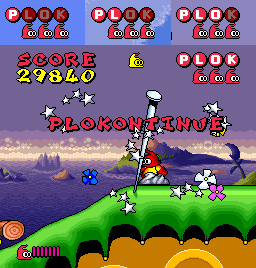 The benefits of getting all the letters are spelled out for you.
"The fat man can spell faster than you!"
— Stewie, Family Guy pinball game
Advertisement:

A type of Power-Up that rewards you for collecting a number of letters to spell a word. Typically the letters do not have to be obtained in order, but will automatically move to their correct places on the status bar.

This trope goes back to the "spot letter" targets found on many pinball games. Spelling a sequence of letters (such as A-B-C-D-E) or key words (such as T-R-O-P-E) yielded various bonuses.