And Your Reward Is Clothes 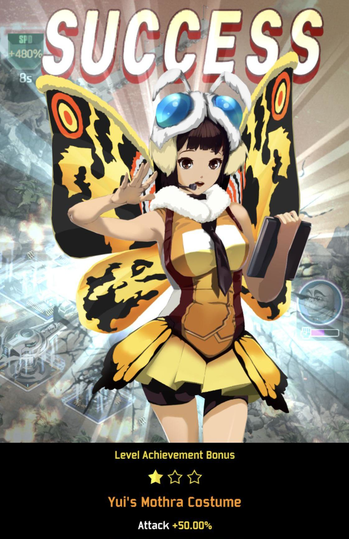 When you're a winner and a loser.
"Look, in every video game where there's a chain of sets of rewards, it's like: you use your gold to buy diamonds, you use your diamonds to buy gilded metal, you use your gilded metal to buy clothes...it's always clothes. It always ends with clothes. You never trade your clothes for something, unless it's other clothes."
—Game Grumps
Advertisement:

You finally beat the Big Bad and even The Man Behind the Man. After the credits roll and seeing you opened up New Game+, what do you get as a reward? Clothes. Yes, you did all that hard work and all you got was a lousy pair of pants!

Lots of games love to reward players for their hard work by offering new clothes for the playable characters to try out. Most of the time, the clothes are just for cosmetic purposes which may or may not appear in a rendered cut scene. However, there are some cases where new clothes can actually affect your performance, such as having more defense in your next game. Some clothes may also be a Shout-Out to another game.

A Sub-Trope of Unlockable Content. If your clothes don't give in-game benefits, it overlaps with Cosmetic Award. If your clothes do give stat boosts and you throw on anything that gives you high stats, regardless on how silly you will look afterwards, it leads to Rainbow Pimp Gear.

Compare Virtual Paper Doll, Changing Clothes Is a Free Action, Gorgeous Garment Generation. And All I Got Was This Lousy T-Shirt may be considered a subtrope. Borders on New Skill as Reward when the reward is the ability to craft cosmetic gear. Contrast Power Up Letdown, where an item is intended as an upgrade, but is disappointing or useless in practice.

Alternative Title(s): Your Reward Is Clothes