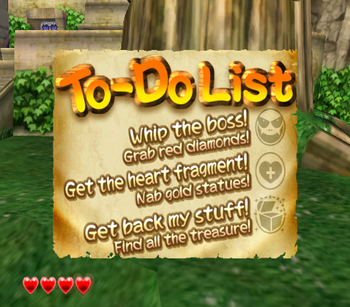 Video games have objectives. These objectives tend to boil down to about six basic goals, and several variations and modifiers. These are those objectives.

Common modifiers (may be stacked):

Rewards include, but are not limited to: