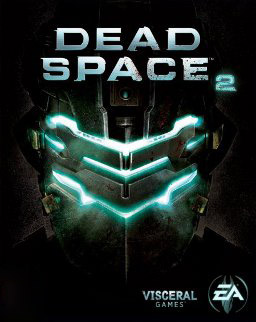 The Marker changes all.
"Isaac, we're all gonna burn for what we did to you..."

Dead Space 2 is the sequel to the well-received Dead Space and the second game in the Dead Space series. The game continues the story of Isaac Clarke, the only surviving member of the team sent to the planet-cracker USG Ishimura. In search of his girlfriend Nicole, Isaac quickly discovered that there was more to the outbreak than meets the eye, and was thrust into a life-or-death struggle against the undead creatures known as the Necromorphs.

Three years later, Isaac wakes on a hospital in the labyrinthine space station called Titan Station, or The Sprawl. Somehow, Isaac is still alive, but his mental state has deteriorated, and now hallucinates visions of his girlfriend. The horror aboard the Ishimura may have been contained, but the Necromorph outbreak is about to begin all over again and Isaac is the only one who can stop it.

Gameplay was largely unchanged from the first Dead Space, though weapons were tweaked so they are all useful in some capacity this time.

Dead Space 2 was released on January 2011 for the PC, Xbox 360 and PS3. The first trailer can be found here

. Exclusively for the PS3, Dead Space: Extraction, originally a Nintendo Wii release, was also bundled with the collector's edition of Dead Space 2. In March 2011, a DLC was released called Dead Space 2: Severed. It follows Gabe Weller and Lexine Murdoch, two returning characters from Dead Space: Extraction as they try to get off the Sprawl. It is only available for the console versions of the game.

Like its predecessor, Dead Space 2 opened to positive reviews, with many critics again praising the atmosphere and the above-mentioned tweaking of weapons. Criticism was leveled at how the game had more action setpieces, and some (Mostly veteran horror fans) felt that the critics were over-hyping the horror.

To access his memories, Isaac Clarke undergoes a dangerous eye surgery. In the form of a minigame to boot! Regardless if you managed to pull it off or mess it up, the whole segment is truly an unsettling "sight".

To access his memories, Isaac Clarke undergoes a dangerous eye surgery. In the form of a minigame to boot! Regardless if you managed to pull it off or mess it up, the whole segment is truly an unsettling "sight".