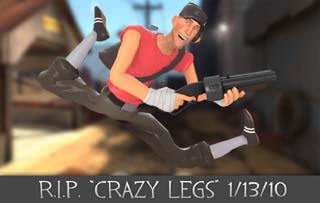 There are two common breeding grounds of popular bugs. One is 8-bit and 16-bit consoles where the code, data and game state are stored in one homogeneous block, and a single misplaced pointer can read sound generation code as level data or write the graphic memory to the player inventory. The other is cutting-edge 3D games where half a dozen third-party renderers, physics engines and net codes can conflict with one another in freakish ways.

While professional players of single-player games like speedrunners are usually allowed to use glitches to clear games faster, they often have a sort of code of honor of making a separate category where you're not allowed to use glitches to skip parts of the game, although discerning glitches from unmentioned game mechanics can sometimes be controversial. In online multiplayer games, exploiting glitches for your advantage is often considered the same thing as cheating and in some cases may even lead to your account being banned, but in other cases glitches may instead be treated as unintended but fair mechanics. Opinions about these bugs are often controversial and can easily cause a Flame War.

If a Good Bad Bug is liked enough, it may become an Ascended Glitch. In some games, the bugs are a major draw for the game, which can lead to claims the work was So Bad, It Was Better if the bugs are removed. Subtropes include Minus World and Glitch Entity. Compare Artificial Stupidity and A.I. Breaker, which are more to do with how the game's processing handles (or, sometimes, can't handle) playing the game itself. See also Good Bad Translation.

By long jumping backwards, you can gain ludicrous amounts of speed, and skip both the 50-Star door AND the Endless Stairs.

By long jumping backwards, you can gain ludicrous amounts of speed, and skip both the 50-Star door AND the Endless Stairs.