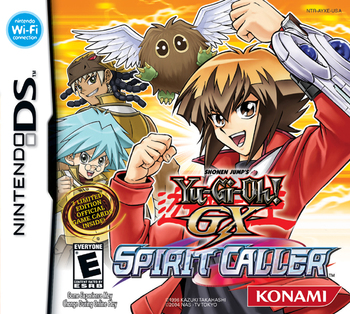 Yu-Gi-Oh! GX: Spirit Caller is the second Yu-Gi-Oh! game for the Nintendo DS after Yu-Gi-Oh! Nightmare Troubadour, this time focusing on the cast and setting of the Yu-Gi-Oh! GX anime.

You are placed in the Slifer Red Dorm, and soon after the start of the school year, strange things begin happening. As soon as these odd occurrences begin, you start hearing the voice of spirit duelist. This spirit is a good spirit and will help you duel and solve the mysteries surrounding the Duel Academy.