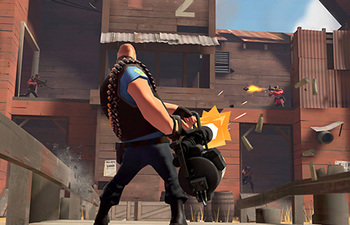 Great gatling guns in the world of video games.