Video Game / The Meteor, the Stone and a Long Glass of Sherbet 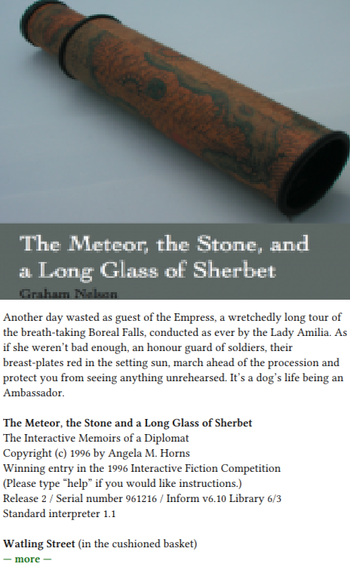 The cover, and the opening.
Advertisement:

The Meteor, the Stone and a Long Glass of Sherbet is a 1996 Interactive Fiction game by Graham Nelson (under the Pen Name Angela M. Horns).

You play as an ambassador visiting the Northlands as the guest of the Empress. You start the game trapped on a terribly boring elephant ride with your chatterbox tour guide, Lady Amilia, and you're desperate to get away.

The setting is based on the Zork universe.

You can play it here.