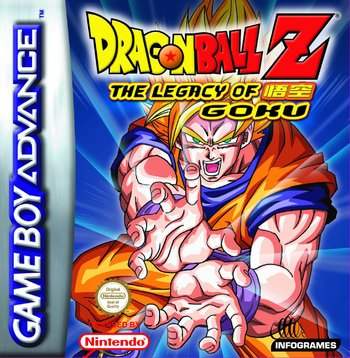 Would you believe us if we said this game only had you play as Goku?
Advertisement:

The series adapts the entire story of Dragon Ball Z, with The Legacy of Goku following the arrival of Raditz to the defeat of Frieza, The Legacy of Goku II covering the Cell Saga, and Buu's Fury covering the Buu Saga. Filler and several Non-Serial Movie elements from the animé is also included, as are original sidequests to extend gameplay.