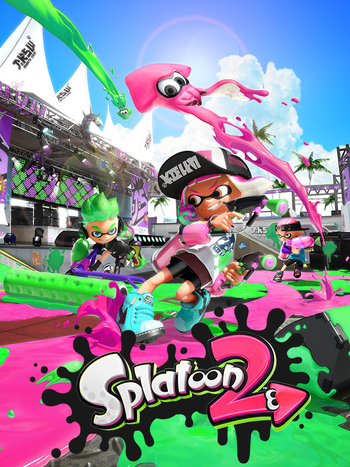 Inking back, and with a vengeance!
Advertisement:

Splatoon 2 is the sequel to the Third-Person Shooter Splatoon. After being teased at the end of the Nintendo Switch reveal trailer, the game was officially revealed months later during the January 2017 Nintendo Switch Presentation. A Global Testfire demo was held the weekend of March 24-26, 2017, while an early Splatfest was held July 15, 2017. The game was released worldwide on July 21, 2017.

Two years ago, the Great Zapfish was recovered from the Octarians. Their army's attempt to attack Inkopolis under the leadership of DJ Octavio was stopped by a single Inkling, before the public was even aware of anything being amiss...

Since then, the major hub of activity in Inkopolis has moved across town to Inkopolis Square. Bands have broken up or have entered irrelevance as new acts have emerged. Fashion continues to march forward and new faces have shown up in the city. But if there's one thing that hasn't changed, it's that all these hip squid-people still love spraying each other with their multi-colored ink.

In the single-player campaign, DJ Octavio has escaped captivity and the Octarians have once again stolen the Great Zapfish in a second bid to invade Inkopolis. Under the guidance of former Squid Sister Marie, and with some help from weapons expert Sheldon, it's up to the player to stop the Octarian army and find Marie's cousin Callie, who has mysteriously disappeared. The campaign has been expanded to now have the player use the wide variety of weapon types throughout its stages, rather than just the basic Splattershot weapons.

Alongside returning multiplayer modes (Turf War, Splat Zones, Tower Control, and Rainmaker* — the latter three being part of Ranked Battle) are two new modes: Salmon Run and League Battle. The former is a horde mode in which a team of four must work together in order to defeat waves of mutated salmon and collect their eggs for prizes at the end of the day, while the latter is a variant of Ranked Battle in which player group into squads of two or four and play the usual Ranked modes, trying to earn as many ranking points as possible and outrank other squads by winning matches over a two-hour period. In December 2017, another Ranked Battle mode called Clam Blitz was added, wherein teams must collect clams and throw them into a balloon net on the opposing team's base after breaching the protective covering by breaking it after collecting enough clams.

In March 2018, it was announced that game would receive a second single-player campaign through its first piece of paid Downloadable Content, entitled the Octo Expansion. In this Expansion Pack, the player takes the role of Agent 8, an Octoling who awakens with no memory in an old subway system that is now being used as a underground testing facility. As Agent 8, you must now make your way to the surface while trying to recover your memories and discover the purpose of the facility. The campaign launched on June 13, 2018.

In June 2019, the final Splatfest of the Splatoon 2 era was announced, titled "Final Fest: Splatocalypse". Players were asked to choose between a world of chaos or one of order, and to defend their choice on the battlefield. Pearl sided with Team Chaos while Marina led Team Order, and every other character in the gamenote Only Judd, Sheldon, and Mr. Grizz remained neutral pledged their alignment in the days leading up to the event. The Splatfest took place between July 18-21, ending on the game's second anniversary in a victory for Team Chaos.

The final major content update, version 5.0.0, was released on July 31, 2019, though minor balance and bugfix patches would continue. Much to players' surprise, however, Nintendo introduced a series of bonus Splatfests in 2020. The first of these was a rematch of "Mayo vs. Ketchup" in May 2020, which was presented as a "bonus, one-off" event alongside a new Testfire demo; however, it was later announced that three more of these bonus Splatfests would be held before March 2021. These ended up being rematches of "Chicken vs. Egg" (August 2020) and "Trick vs. Treat" (October 2020), as well as a "Super Mushroom vs. Super Star" Splatfest to celebrate the 35th anniversary of the Super Mario Bros. franchise (January 2021).

, where you can find in-character news and information about the game. You can watch the reveal trailer here

, and the Octo Expansion trailer here

During the February 17, 2021 Nintendo Direct, Splatoon 3 was announced to be in development, and set for a 2022 release. 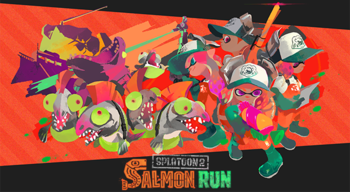 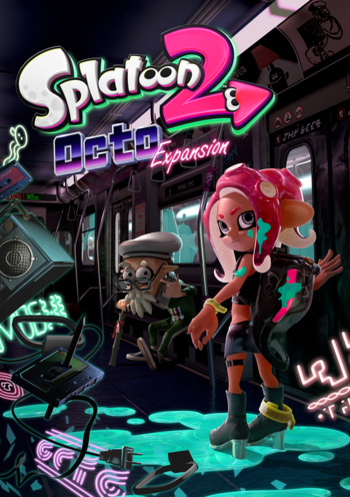 Are you prepared to reach the Promised Land?
"Until next time... Don't get cooked... stay off the hook!"
Feedback