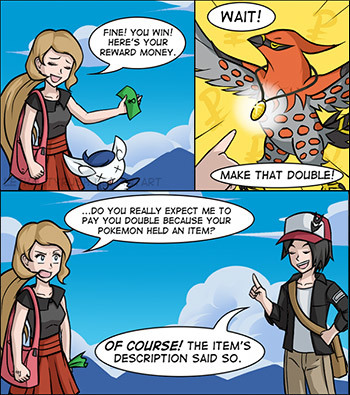 In Video Games and Game Shows this is an item/ability/situation that increases the amount of money gained. Some versions instead give you loot upon activation/during use.