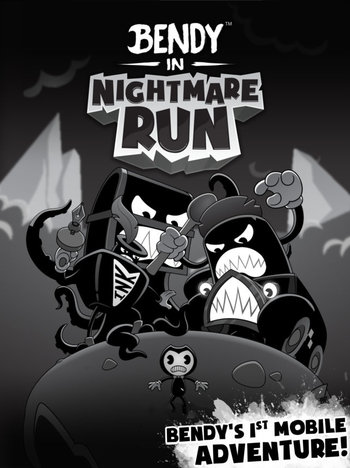 Bendy in Nightmare Run is a free-to-play mobile boss runner game and an official spin-off of Bendy and the Ink Machine. It features Bendy and his friends running from various bosses that they must defeat, and it's based off of lost Bendy cartoons found in the franchise's Joey Drew Studios.

Bendy in Nightmare Run was released August 15, 2018 by Joey Drew Studios and is available for download at joeydrewstudios.com/run.