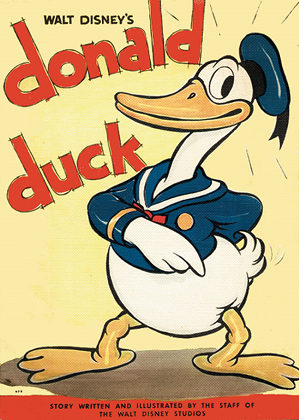 Most Funny Animal, Civilized Animal, or Talking Animal characters' surnames, if they have one, go with their species. These often come with the middle initial "T," which of course stands for "The," or "J," following an old cartoon tradition. In some cases the species name is used as a surname, but seems to be just a descriptive term, with a definite article, as in "Edd the Duck," "Kermit the Frog" or "Perry the Platypus".

Bonus points for making it into an Alliterative Name.

Note that, considering surnames originally emerged to be descriptive ("Where's Todd?" "Which Todd? Andrew's son, Todd?" (Anderson) "No, Todd the blacksmith." (Smith) etc.), this is not all that ridiculous. See Race-Name Basis. Considering how inter-species marriages never seem to happen, (unless they're main characters) it seems likely that a Funny Animal will have a surname related to their species. Also the fact that all members of a species share a common ancestor.