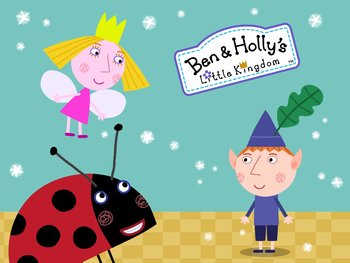 Ben & Holly's Little Kingdom is a British fantasy animated television series created and directed by Mark Baker and Neville Astley and produced by Phil Davies (who also make Peppa Pig). It follows the adventures of Princess Holly and Ben Elf and their caretakers, Nanny Plum and The Wise Old Elf.