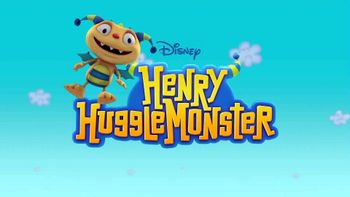 Henry Hugglemonster is a Disney Junior 3D-animated show about the adventures of Henry Hugglemonster (voiced by Lara Jill Miller in the US and Theresa Gallagher in the UK) and his monster friends and family in the city of Roarsville. Throughout the episode, Henry often will talk directly to the camera as he tries to sort though the dilemmas he faces.