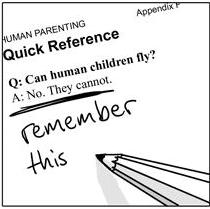 Daisy: "Oh no! Here comes a meteor! So much for the dinosaurs!?"
Cooper: "Oh, but I'm too quick! I dodge your meteor!"
Daisy: "Oh, but the debris from the impact is blocking out the sun, destroying the rich ecosystem you depend upon!"
Cooper: "OH NO! I'M FOSSILIZING! REMEMBER ME... AS BONES..."

is a comic strip by Ben Driscoll that began in 2008. It is slightly similar to both Calvin and Hobbes and Achewood with its often light, whimsical humor and simple grayscale line art.

. Rounding out the cast is Cooper, Daisy's little brother, and Steve Brown, who is Mr. Owl's friend who is also a bear (a polar/grizzly hybrid raised by humans, to be exact).

They live in a seemingly normal world, except for the talking animals, wizards

Currently undergoing pretty extreme Schedule Slip — there hasn't been a new comic since June 2010, when Driscoll stopped with no warning at the beginning of a new a storyline, as well as deleting the entire comment section on every strip. After fan inquiry in the Cracked.com forums (where the strip had initially gained popularity), Driscoll announced

that cartooning professionally turned it from something he wanted to do into something he had to do, and he had gone back to being a programmer. He said that he wants to continue the comics in the future, but the ongoing lack of Daisy Owl is making the fanbase rather sad. One new page was updated in 2018 after ten years sparking a new hope.