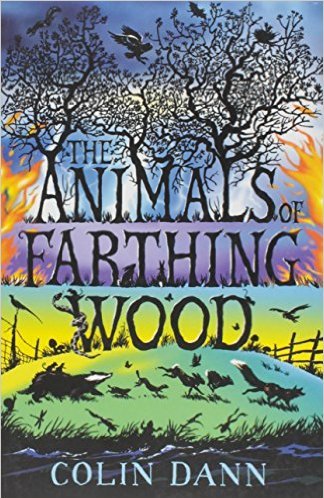 The Animals of Farthing Wood was an Animated Series on the BBC, based on a series of seven books by Colin Dann, who later added a prequel to the list. The series lasted from January, 1992 to December, 1995. A total of 39 episodes aired over three series, each of 13 episodes.

It followed a collection of animals from Farthing Wood, which was being destroyed by humans to build houses. The animals fled the wood as a group, led by Fox, in order to reach the sanctuary of White Deer Park, a nature reserve where they would be safe from humans. They swore the Oath of Mutual Protection, where they promised not to eat, bully or harm each other along the way. The journey was full of danger, and many animals lost their lives.

The series is sometimes better remembered as Farthing Wood Friends due to the popular tie-in magazine that came out during the run of the show.

Unusually, the Series was produced in collaboration with the European Broadcast Union (who are more famous for the annual Eurovision Song Contest), and dubbed into a multitude of other languages.

There were also a PC game based on the series and a set of audio tapes where a few of the main cast (Fox, Badger, Toad, Owl and Weasel) told the story of their journey to Fox's young cubs while Vixen was out hunting. Neither of these are easy to find any more.

The complete series was released on DVD in Europe in 2017.

This trope is often averted due to Mole's usefulness to the group later on; he grants them safe passage and access to areas they wouldn't have otherwise. If they had followed Adder's advice, they would likely have perished to an angry shotgun-wielding farmer.
Feedback

As retribution for biting her tail off, Scarface is killed by Adder.

As retribution for biting her tail off, Scarface is killed by Adder.