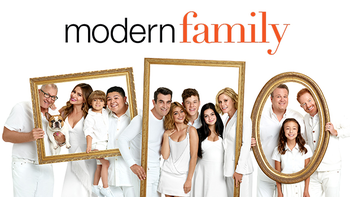 One big extended family, three households.
Earl: How come we haven't been seen in so long?
Larry: Because the story follows more than one group of people. We're like the "B" Party.
Detestai: No, I think that's the soldier and the elf girl. We're more like the "C" Party.
Larry: See? No respect!
— RPG World
Advertisement:

Can't be bothered to remember everyone in a show with a ridiculously large Ensemble Cast? Neither can some writers. The best solution is to split the cast into distinct groups.

This allows for enough characterization, because we always see them together and that's enough net personality for characters whose physical descriptions are probably longer than those of their personalities.

This can be really obvious when you notice that with the exception of perhaps the main Cast Herd, all the other Herd Leaders only talk to their own herd, or other Herd Leaders; a huge number of the people are never given casual conversation. If you can't quite tell who the spokesman of a Cast Herd is, imagine it in terms of screentime value. Only a Cast Herd's spokesman would probably appear in the Non-Serial Movie or OAV.

Shows which allow for the format of a literal team will always use this trope, often leading to The Friends Who Never Hang as a consequence. See also Geodesic Cast which repeats the structure of the main character's group and Planet of Hats when this is done with entire worlds/species.