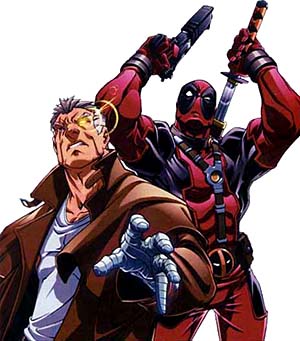 Let's go have an adventure!
"Piper and Blue. Heh. Sounds more like a jazz combo than a traveling outfit. But it'll do."
— Piper Wright, Fallout 4
Advertisement:

A specific pair dynamic that is especially common in adventure stories. The Hero tends to be fairly serious, at least for what world they're in. They usually retain a sarcastic sense of humor and are quite literal-minded. The Lancer, on the other hand, is weird. They might be neurotic, borderline psychotic (or they are psychotic), naive, cowardly, lecherous, treacherous, whatever. They might occasionally act serious when the plot demands, but besides that, they're an oddball.

In regards to video games, the reason for this is so that when The Hero points something out, The Lancer will make a comment about it which is funny, helping the player to remember the clue.

Like Salt and Pepper, but without the racial element. Occasionally fights crime. Often confused with Battle Couple, which is entirely different. Usually. In cases where this trope is inverted, the sidekick might be one that is hypercompetent.

Ratchet is the fun-loving and whimsy, and sidekick Clank being serious and out to save the galaxy.

Ratchet is the fun-loving and whimsy, and sidekick Clank being serious and out to save the galaxy.