A Head at Each End 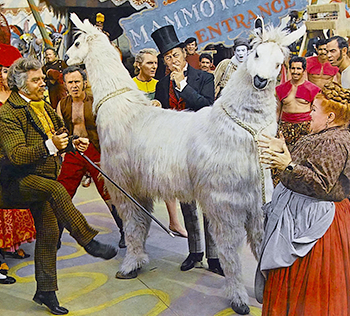 In Real Life, most animals' innards are basically tubes: a mouth at one end, an anus at the other, so food can be processed step by step as it passes from entry to exit. In fiction, it's entirely possible for creatures to omit the latter portion, and double up on the former: they'll have a spare head on the tip of a tail, or symmetrical bodies in which the forequarters of two animals — sometimes of the same species, sometimes different ones — are joined at the waist.

If the two heads have separate brains, or come from different species, expect plenty of arguments between the two. Fridge Logic issues of how some of these creatures get rid of their waste are either primly ignored or joked about.

CatDog is a recent Trope Codifier, having inherited that role from the Pushmi-Pullyu. Another common iteration of this trope is a snake with a head at each end of its body, inspired by the Greek amphisbaena.

Has nothing to do with the other head.