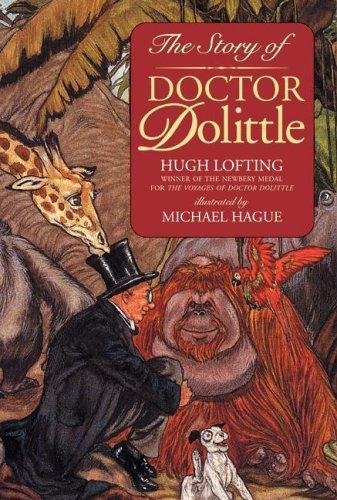 Doctor Dolittle has learned how to talk to all animals, and, although he is able to treat humans, doesn't like to, so basically he's a vet.

The character has repeatedly appeared in radio and TV and a box office bomb musical, Doctor Dolittle starring Rex Harrison, in 1967. An animated series by DePatie-Freleng Enterprises aired in 1970, with Bob Holt voicing Doctor Dolittle. The books also inspired the Dr. Dolittle series starring Eddie Murphy, about a modern-day doctor with an innate gift for talking to animals. A third adaptation simply titled Dolittle, starring Robert Downey Jr., was released in 2020.

Doctor Dolittle even has his own song, "Talk to the Animals", which originated in the 1967 film starring Rex Harrison.

The books of this series in publishing order are:

Tropes appearing in the books: