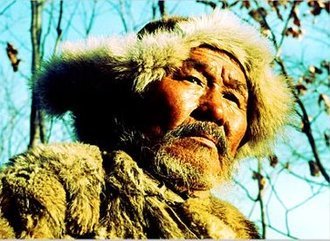 Dersu Uzala (Дерсу Узала) is a nonfiction book written by Vladimir Arsenyev, a Russian officer sent on a series of exploration missions in the Siberian Far East at the turn of the 20th century. The book is named after an indigenous nomadic hunter whom Arsenyev befriended, and whose life was one of primal symbiosis with the harsh environment.

The book was made into a movie on two occasions, the second and more famous adaptation being that of Akira Kurosawa in 1975. The film, a Russian production in the Russian language, is the only film of Kurosawa's career in a language other than Japanese. It's also one of two Kurosawa films to win the Academy Award for Best Foreign Language Film—the other being Rashomon—and one of four Russian films to win the award, the others being the 1968 adaptation of War and Peace, Moscow Does Not Believe in Tears (1980), and Burnt by the Sun (1994).