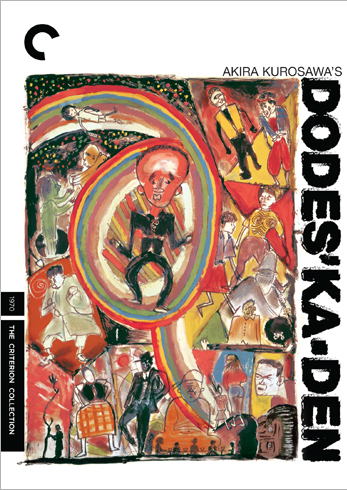 Dodes'ka-den is a 1970 film from Japan, directed by Akira Kurosawa.

It is a grim portrait of grinding poverty. The film spends a few days sketching out the life stories of the desperate residents living in a garbage dump. Among the plotlines followed:

The people in the dump struggle to hold on to their dreams and their dignity in the midst of despair.

Dodes'ka-den was the first film Kurosawa had made since Red Beard in 1965 and the last he would make until Dersu Uzala five years later.note In the meantime he'd been hired to direct the Japanese half of Tora! Tora! Tora!, but got fired after a series of disagreements with his American producers. It was the first film he had ever made in color and the first film he made without Toshiro Mifune and the rest of the stock company of actors he had been working with for most of his career. While critically acclaimed, it was a box office failure and drove Kurosawa to a suicide attempt in 1971.