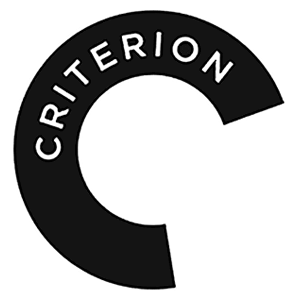 "The Criterion Collection, a continuing series of important classic and contemporary films, presents..."
— the back cover of every Criterion release ever
Advertisement:

The Criterion Collection is a home video distributor of, in its own words, "important classic and contemporary films". Its first releases were LaserDiscs of Citizen Kane and King Kong (1933); it currently releases DVD and Blu-ray editions of films. The films the above description covers range from cult classics to internationally acknowledged masterpieces, and from the silent movie era to the present day, with no genre or country of origin being overlooked.

Founded in 1984 by arthouse film distributor Janus Films, Criterion pioneered much of what is now taken for granted on DVD and Blu-ray releases: the use of letterboxing to preserve the correct Aspect Ratio of a film, audio commentaries (which they essentially created on the laserdisc of King Kong), director's cuts, and including supplemental materials. And when it comes to supplements, they have supplements — every trailer and TV spot that can be scrounged up, vintage and new documentaries, thick booklets of critical essays, sometimes even print copies of the source material if the film was an adaptation of a short story or novel. Criterion are also noted for the intense care they take to clean up the film prints and for the quality of their finished products. And their DVD and Blu-ray releases have become noted (particularly in The New '10s) for their unique cover art and sometimes packaging.note Videodrome, for instance, is given a cardboard slipcase for the cover art. The actual DVD case looks like a Betamax tape, with the title scrawled on the spine.

Criterion licenses their titles from studios (with most titles technically sublicensed from Janus Films, which has the same ownership as Criterion), so the releases occasionally go out of print... taking their bonus features with them. Also note that Up Marketing applies to the collection, due in part to the relatively small audiences for many of these films; with rare exceptions, a single-disc title is $30 (U.S.)... and many, many Criterion releases are multi-disc sets.note Currently, the largest release that bears a spine number is 100 Years of Olympic Films: 1912–2012, a set of fifty-three films that will set you back $399.95 at SRP; however, the most expensive set sold by the Collection is Essential Art House: 50 Years of Janus Films, which consists of fifty films and costs $850 at SRP. (And you thought the companies that made anime DVDs were bad....) Currently they also offer two sublines:

Beginning in The New '10s, Criterion became notable as one of the few distributors that continues to release non-Vanilla Edition discs of pre-1980s and/or foreign-language films to DVD, as the Great Recession resulted in many studio-based distributors severely cutting back on so-called "catalog" titles aside from those that fall under Small Reference Pools.

The Criterion Collection has released hundreds upon hundreds of films on DVD. Each film has a spine number, denoting the order in which Criterion released it to the format (Seven Samurai, for example, has a spine number of "2", denoting that it was the second DVD Criterion released), but this is not always the case, as some titles have been postponed to a later date (The Grand Illusion, spine number "1", was released on DVD almost a year after Seven Samurai, owing to discovery of the original, long-lost camera negative). Updated versions and Blu-ray editions of these titles inherit the spine number from the previous version.

Barring a few British releases, Criterion DVDs are Region 1 encoded (North America only) and their Blu-rays Region A (The Americas and most of Asia). Eureka Video's Masters of Cinema

's Indicator series could be regarded as the UK equivalents. Turner Classic Movies is more or less the television equivalent and has aired many, many Criterion titles over the years; in 2016, they entered into a joint venture with Criterion to create a new subscription online streaming service, FilmStruck. Unfortunately, FilmStruck was shut down on November 29, 2018. But Criterion promptly announced a streaming service of their own, The Criterion Channel

, which launched on April 8, 2019 and features a constantly updating library of features and shorts — including many that are not in the physical catalog — plus bonus content. A selection of Criterion titles is also available for streaming on HBO Max, Netflix, Hulu, and Kanopy.

Like anything, Criterion is not immune to criticism. The lack of focus for non-white and non-male directors — especially Black filmmakers

— has been scrutinized since the 1990s (particularly in light of the fact that many black-directed films from Criterion's LaserDisc library have not been reissued in their DVD and Blu-ray lines), seen as meshing poorly with Criterion's reputation as a near-definitive library of the most important films in cinema history. The fact that Criterion is oriented most strongly towards physical media, with many of their titles being locked to a physical format, also receives criticism from those who feel it erects an unnecessarily high barrier of entry, given the greater costs and setup requirements compared to digital streaming. Among videophile physical media enthusiasts, there was consternation that Criterion didn't start releasing 4K Ultra HD discs until 2021, five years into the format's lifespan; by then some of their titles already received such releases from other home video labels. (Notably, The Piano and Menace II Society were among Criterion's inaugaral six 4K titles, pointing towards the company's efforts to increase representation.) And some folks feel that Criterion sometimes loses focus by admitting more mainstream-friendly titles, a practice which goes all the way back to the LaserDisc era (that their final LD release was Armageddon is still infamous). All these caveats notwithstanding, Criterion still maintains a high reputation among most cinephiles, and few will deny its massive legacy and influence as the de facto industry leader in the home media market.

Directors represented in The Criterion Collection with their own pages:

Films released in The Criterion Collection include: