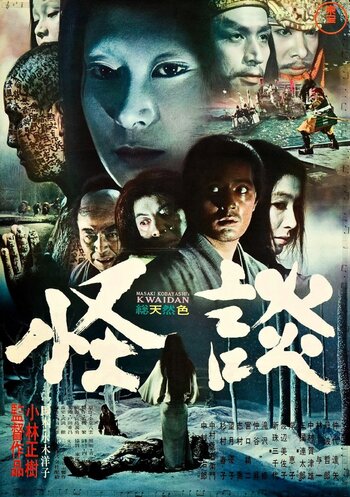 A 1964 film directed by Masaki Kobayashi, based on the Japanese ghost stories collected and translated by Lafcadio Hearn. The spelling "kwaidan" for "ghost story" is deliberately old-fashioned; the current romanization would be "kaidan."

The film is an anthology of four unrelated stories.

Tropes seen in this film include: